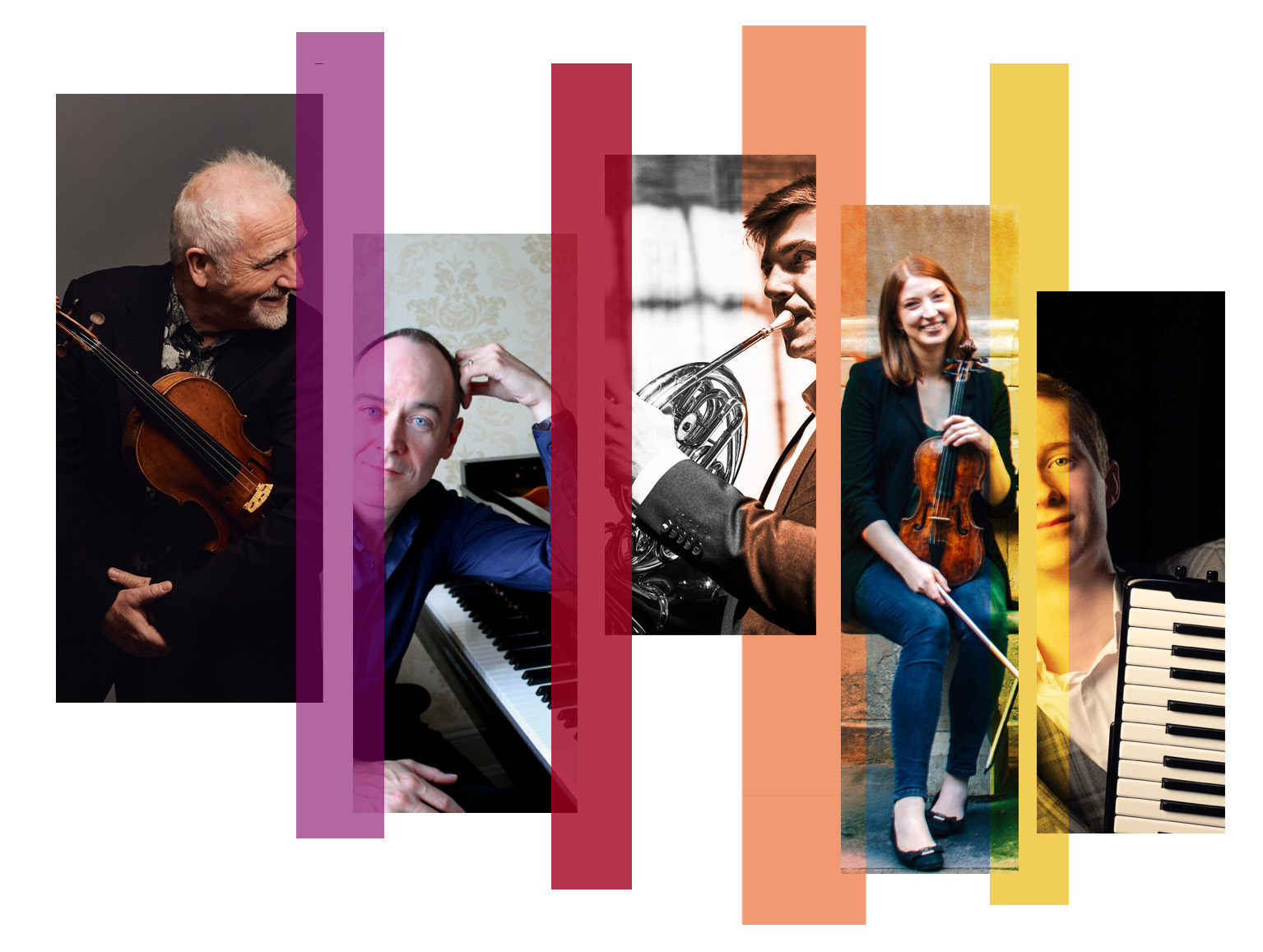 Milngavie Music Club’s vision has always been to bring music of the very highest quality to the town. Over the past ten years or so it has sought to broaden its engagement with the community through initiatives involving our young people in various ways. Some of our visiting musicians have visited local schools, playing to children in short concerts and workshops and introducing them to the thrill of live music.

Since 2017 the club has worked with McOpera (Music Co-OPERAtive Scotland), a group formed by musicians from the Orchestra of Scottish Opera, to create more ambitious projects that involve and inspire our young people in a number of ways: 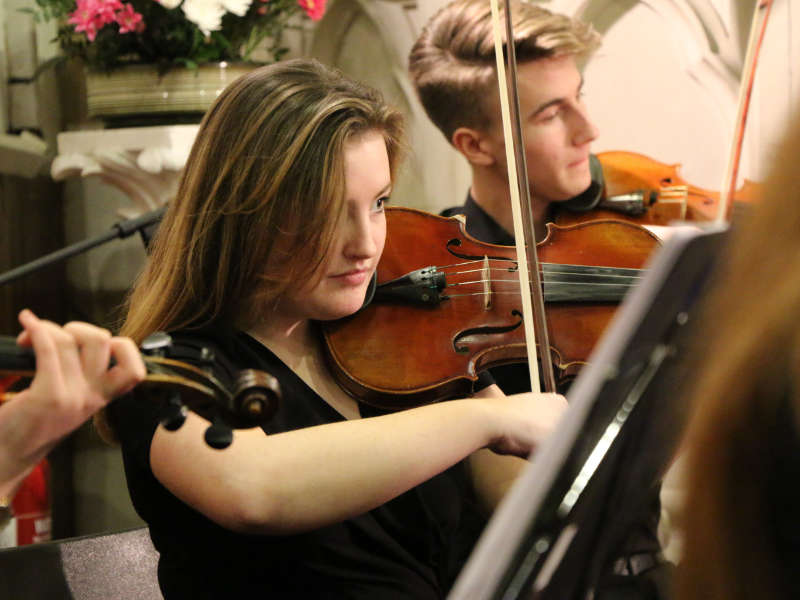 Anticipating its 2017-2018 75th Anniversary season the club approached McOpera to commission an ambitious project based around Stravinsky’s classic music-theatre piece ‘The Soldier’s Tale’ that would climax in a concert on April 21st 2017 at Cairns Church.

The project, devised by McOpera’s Sue Baxendale and based on ‘Cautionary Tales and Fables’, included a performance of ‘The Soldier’s Tale’ in its full septet version and featured a new song cycle by composer Peter Kemp for children’s chorus (East Dunbartonshire Children’s Chorus and Youth Choir, conducted by Janet Lax) and instrumental ensemble.

Drawing on Milngavie’s local history, heritage and archeology, the project explored historic events and stories from Milngavie and district set to music as a series of songs. These included Bennie’s railplane, the madcap events of Charlie the elephant at Craigend Zoo, the folly of the Antonine Wall and Vincenzo Lunardi’s ill-fated hot air balloon flight. These were workshopped within the community in a variety of formats (with both adult and children’s community groups, using music, art, text and photography). The children (some 70-80 were involved) learned about their local history and performed Peter Kemp’s witty, entertaining songs from memory; they also gave pop-up performances around the district in locations associated with the tales a few days prior to the main concert.

An animated film was created by Roddy Simpson, with local storyboard artist Derek Gray, to accompany the Stravinsky which was conducted by Sian Edwards and narrated by Flora Munro. For this project the club was fortunate to be nominated by Waitrose, Milngavie for a major grant from the John Lewis Partnership’s Music Matters fund, which is competed for by music organisations all over the UK. We also received a grant from East Dunbartonshire Arts Council.

“I loved how well the music was written as the musical style went perfectly with the time we were singing about. It was a unique way of learning the area’s history and was a really fun way to show people what our choir can do.” EDYC 15 year old singer

“a fantastically unique and unforgettable experience for all the young people involved.” Parent

For this project Milngavie Music Club again worked with McOpera’s Outreach Project Manager Sue Baxendale to develop a training scheme for talented young musicians from the county, continuing the work in the community begun with The Tales’ Project.

The project was launched at MMC’s December 2017 concert given by the young saxophone virtuoso (and BBC Young Musician finalist) Jess Gillam. Prior to the concert, our seven successful young musicians, chosen by audition, met for a Q&A session with Jess while the String Quartet of the Music School of Douglas Academy performed a Dvorak String Quartet in the interval of the concert with the 3 finalists joined by fellow pupil, Anna Mackenzie.

Over succeeding months the aspiring young musicians took part in a unique work experience project designed to give them insights into the professional musical world, attending workshops on performance related topics and playing and working alongside the experienced orchestral players from Music Co-OPERAtive Scotland (McOpera). As part of the project, the students also attended Milngavie Music Club’s concerts, meeting the visiting musicians and also giving short interval and pre-concert performances themselves.

The project culminated on June 2nd, 2018 with a chamber music concert at Bearsden Cross Church, where the young people performed alongside McOpera’s professional ensemble.
The young musicians were: 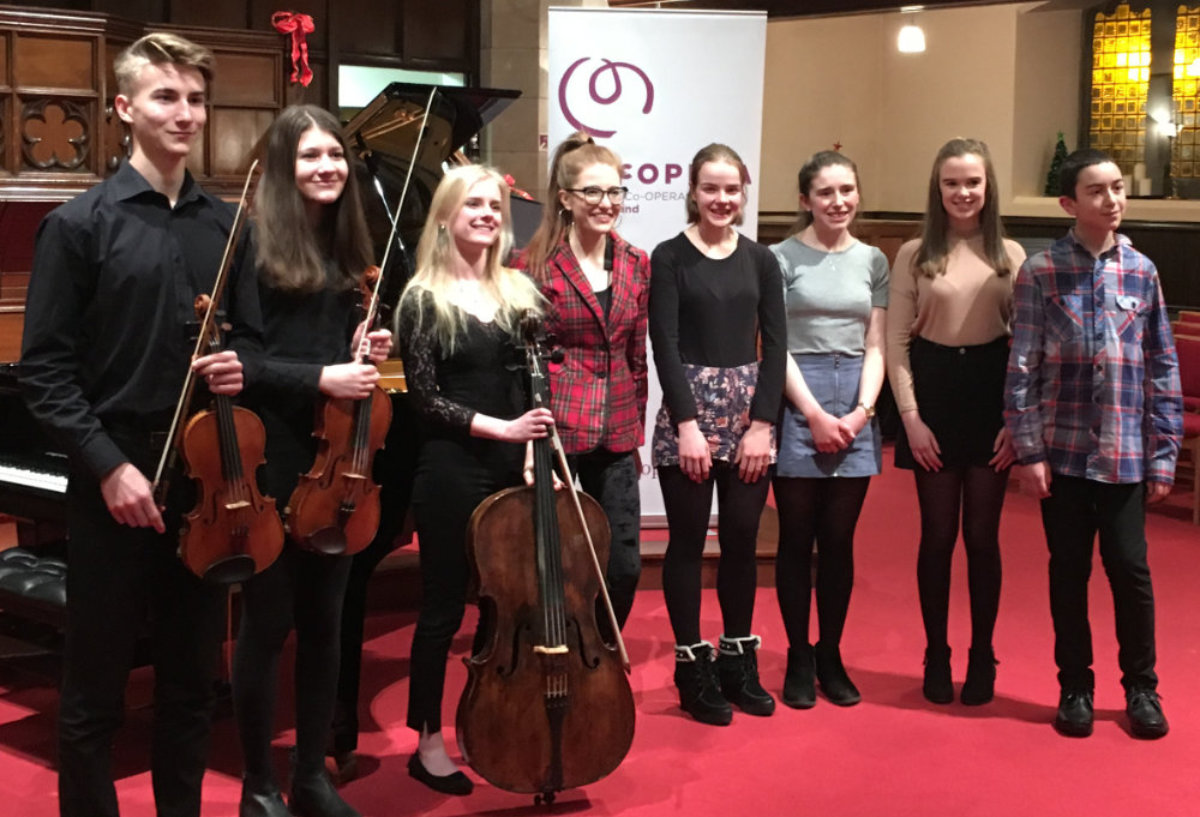 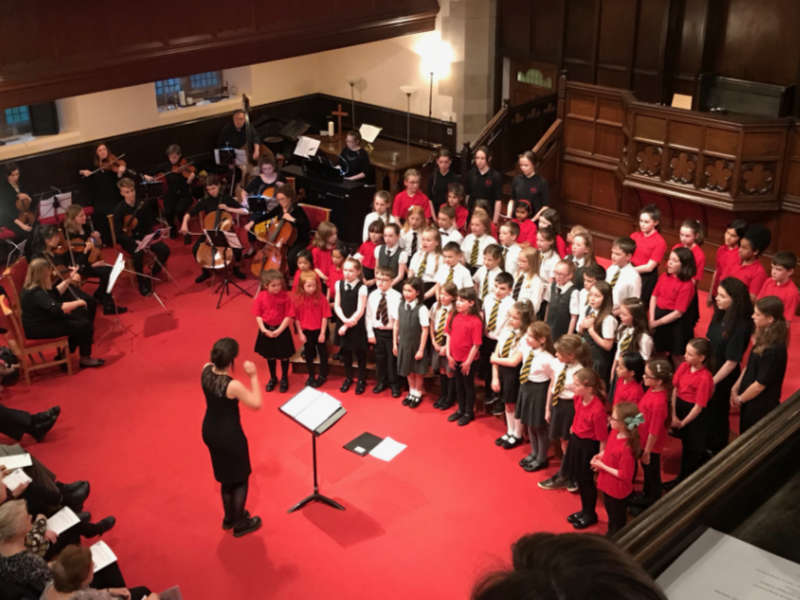 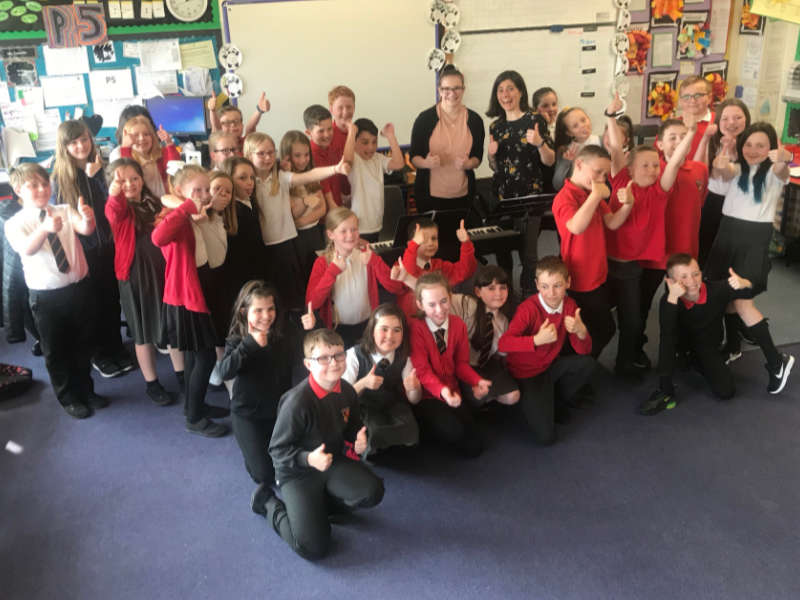 Friday Afternoons – A Song for Flight marked the culmination of a wide ranging inter-generational project for over 120 primary school children and high school instrumentalists, and was the third in a series of outreach projects commissioned from McOpera by Milngavie Music Club and managed by Sue Baxendale, McOpera’s Outreach Project Manager.

Focusing on the music of Benjamin Britten and his contemporaries, the project centred on Britten’s 1935 song cycle for children ‘Friday Afternoons’. It has inspired a world-wide music education initiative (www.fridayafternoonsmusic.co.uk/about) begun in 2013 by Snape Maltings to celebrate the Britten Centenary by encouraging children to sing.

Our version of the project also involved young string players from across East Dunbartonshire and began early in 2019 with a concert given by them at St Cyprian’s Church in Lenzie. Their preparations included a series of workshops and mentored rehearsals during which McOpera’s professional quintet of string players led by Katie Hull worked side-by-side with 19 talented high school musicians from the East Dunbartonshire Instrumental Music Service and the Music School of Douglas Academy to develop ensemble techniques, listening and communication skills, team building and musicianship.

In March, the project continued with children in two local primary schools - St Machan’s Primary School (Lennoxtown) and Clober Primary School (Milngavie) - led by composer and vocal animator Moira Morrison, and included the composition of a new song, inspired by workshops with the children and funded by the Glasgow Airport Flight Path Fund. Entitled ‘A Song for Flight’, this piece explores how travel and flight can broaden horizons and bring opportunities to communities.

Discussing the composition of the new song, composer Moira Morrison said, “…the children gave their song depth, a poignant angle. Not only that seeing a plane flying overhead starts them wondering, questioning where they might end up and who they might become, but also asking about those people in the sky – are they flying or fleeing, and can we give them a better world here and now”.

The project climaxed with all the singers (along with children of the East Dunbartonshire Children’s Chorus) and string players at Cairns Church performing side-by-side with the professional McOpera musicians in the final concert of Milngavie Music Club‘s International concert series on 26 April 2019.

As well as Britten’s Friday Afternoons songs orchestrated by Peter Kemp, the programme included music for strings by Bridge, Holst and Britten.